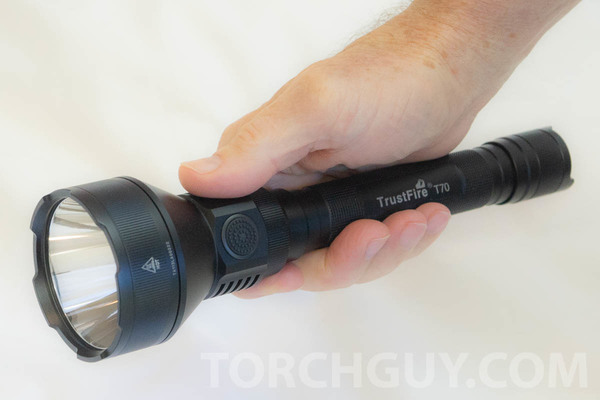 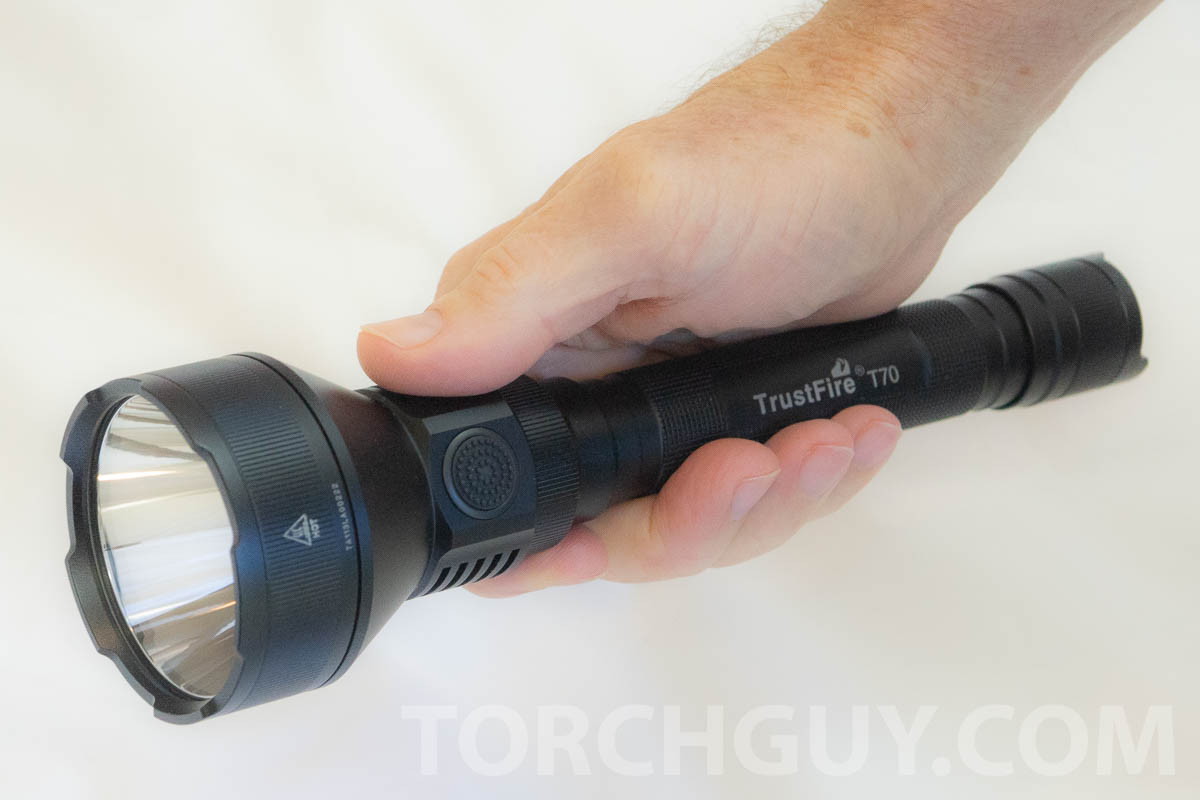 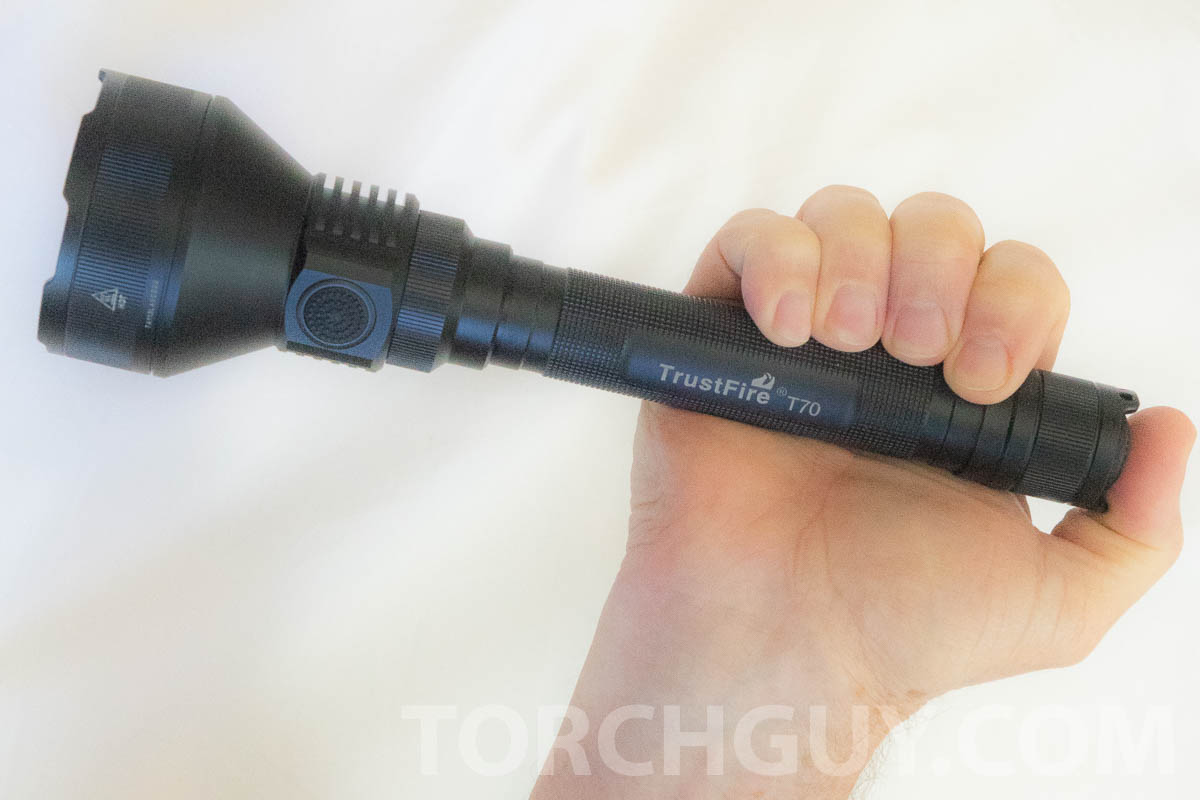 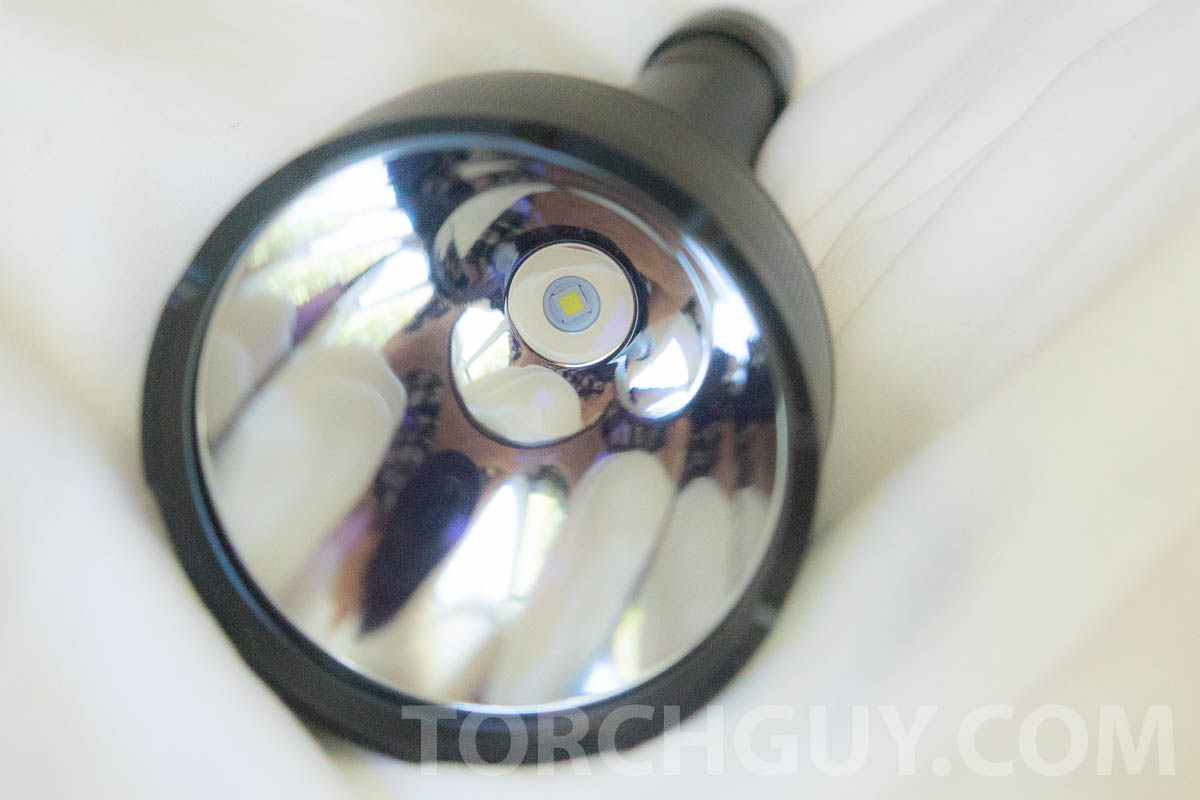 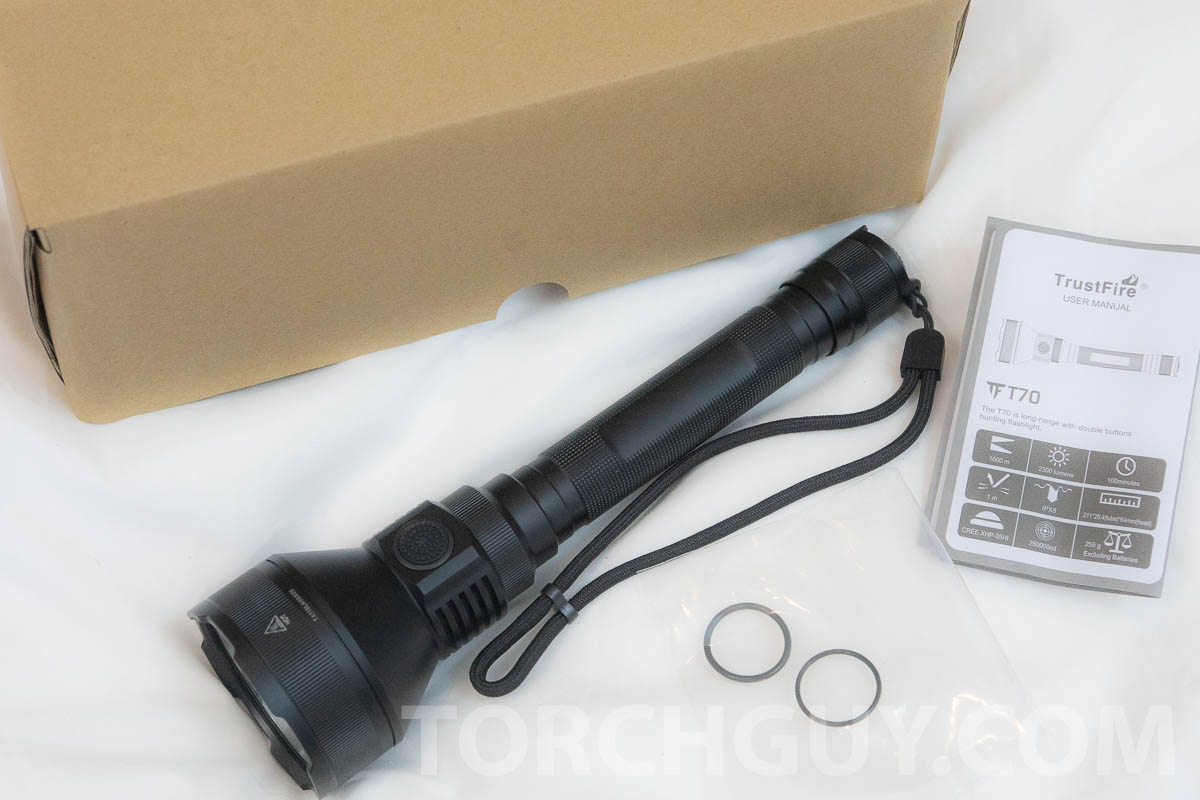 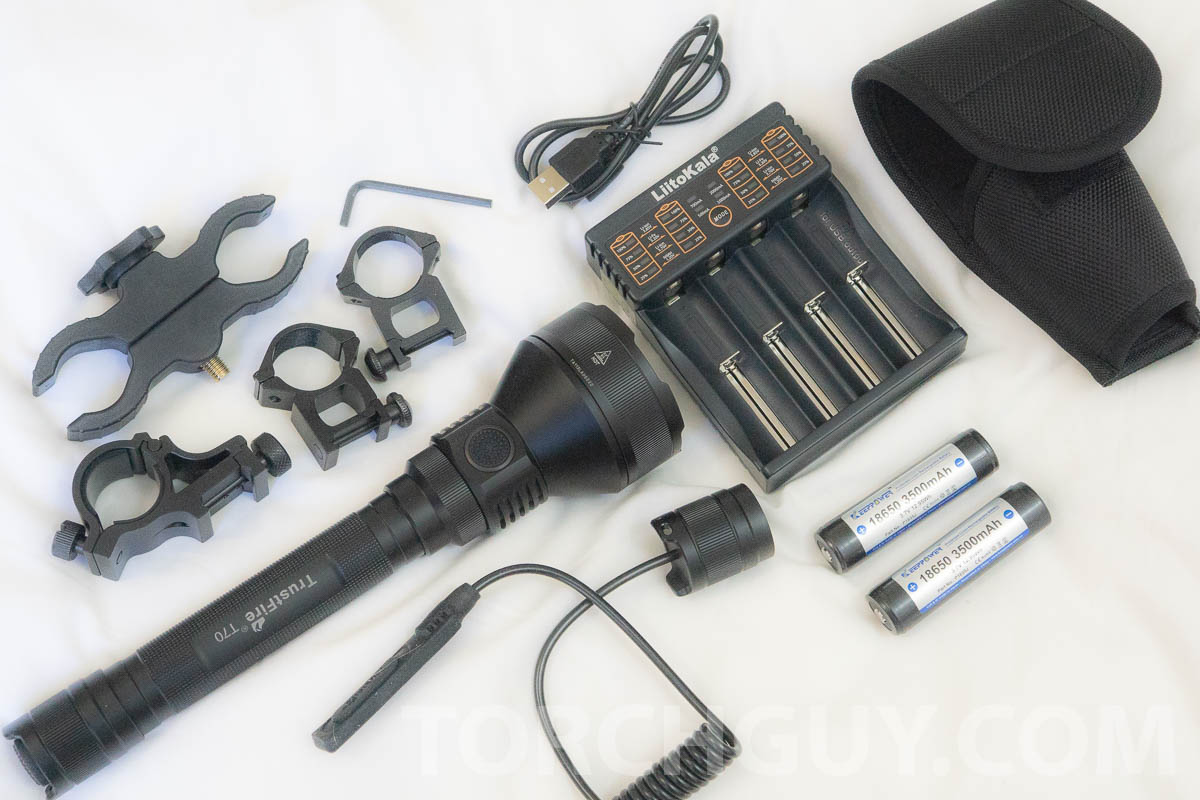 Here in Mandela-stan we love our ultra-long-range torches, which is not surprising in a country where the nights are blessed with wildlife... and cursed with low-life.

The ideal ultra-distance beam has an intense hotspot surrounded by a pale spill-beam. This beam profile improves our ability to see subjects far away – if the spill is too bright it causes "back glare" which inhibits our ability to see faintly lit objects in the distance, and if the spill is not bright enough we can't see shapes and movement outside of the hot-spot, so it feels like we're looking down a tunnel.

For years I sold the Crelant 7G5PL Hunter which delivered the perfect beam for watching wildebeest at the waterhole or spotting jackal on the farm. It had a one-inch battery tube so it fitted into a standard scope mount on a rifle, and I also stocked a remote pressure switch so you could operate it from the forestock of a rifle. Unfortunately Crelant stopped making the Hunter many years ago, and I had grown men pleading with me to get something similar...

To make matters worse, I had to say goodbye to another of my legendary long-rangers, the Acebeam K70 Apollo. It wasn't designed for weapons mounting (too fat and no remote switch) but, jissie, it really performed, delivering twice the lumens of the Hunter and a 50% longer beam!

Well, Christmas is here, manne – say howzit to the new T70 Hunter, which performs like the Apollo but has the shape and price of the 7G5PL Hunter!

I'm calling it the Hunter Mk3 because it handles like the old Hunter (and the "Meneer" before that) while delivering the same 2,300 lumen output as the Apollo! My light meter tells me the Hunter Mk3 throws 50% further than the old Hunter at around 1,000 ANSI metres or 315 real-world metres – more than three rugby fields, end to end!

The new Hunter is also a big step up in terms of features, including constant current output (so it doesn't get dimmer as the batteries run down) and a thermostat that turns down the beam if it gets too hot. On a cool night with plenty of air movement it can keep going at max for as long as the batteries last – well over an hour with a set of high-capacity batteries!

There are torches out there that claim longer beam distances, but I've not yet found any that don't step down their brightness after a few seconds to avoid overheating. And to deliver that amount of light and intensity they are much bigger and more expensive. If I could find a more practical and affordable long-ranger than the Hunter, I'd sell it!

The Hunter has recently been tweaked by increasing the number of brightness levels from three to four – level three now delivers a 200 metre real-world throw for around four hours, while level two lights up objects 100 metres away for a full day and level one gives you 35 lumens all night, every night for a week!

It also features "mode memory" so when you turn it on, it returns to the same brightness you were using when you turned it off. And while it's on, a long press of the side-switch triggers a devastating defensive strobe using all 2,300 lumens – it would be no joke to be on the receiving end!

Standard features include a battery status indicator, reverse-polarity protection, IPX8 waterproofing, one-metre impact resistance, AR-coated lens, gold-plated contacts – the whole nine (hundred) yards – and I also stock a range of accessories for mounting the torch on a rifle (click on the pictures and move your cursor over them to see details).

Note that you have a choice of batteries and chargers. Trustfire's own 3,400mAh batteries are "consumer grade" but Keeppower are "professional grade" and come with a one-year warranty. I'm not convinced about the quality of the Trustfire charger so I give it away free if you order the torch with a pair of batteries, but Vapcell's U2 two-channel multi-chemistry USB charger/powerbank is top-notch and highly recommended. I can also supply Liitokala's excellent 4-channel charger/powerbank, which is particularly useful if you order spare batteries with your Hunter.

Note, too, that the T70 does not support filters or modules (for that you need my brilliant B158 Bullseye) or tail-stand (although a boer can always make a plan!) but as a long-range white light it's untouchable – especially at the price. And I can even shave off a couple of hundred bucks if you pay by EFT-on-invoice – just drop me a line and I'll explain how that works.

Trustfire T70 18650 <4000 Hunting Tactical
Notify me when Torch with no batteries or charger T70 Hunter Mk3 is available.