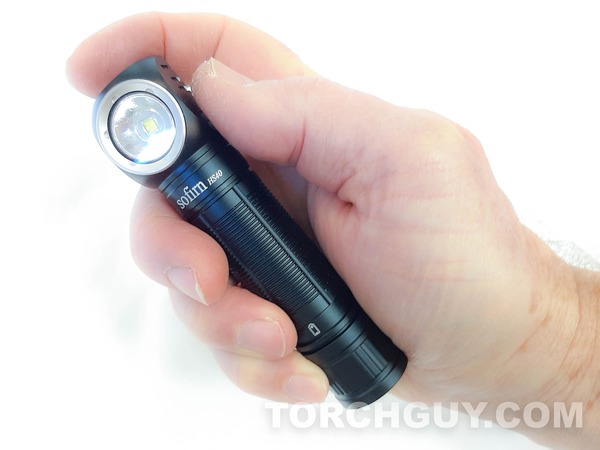 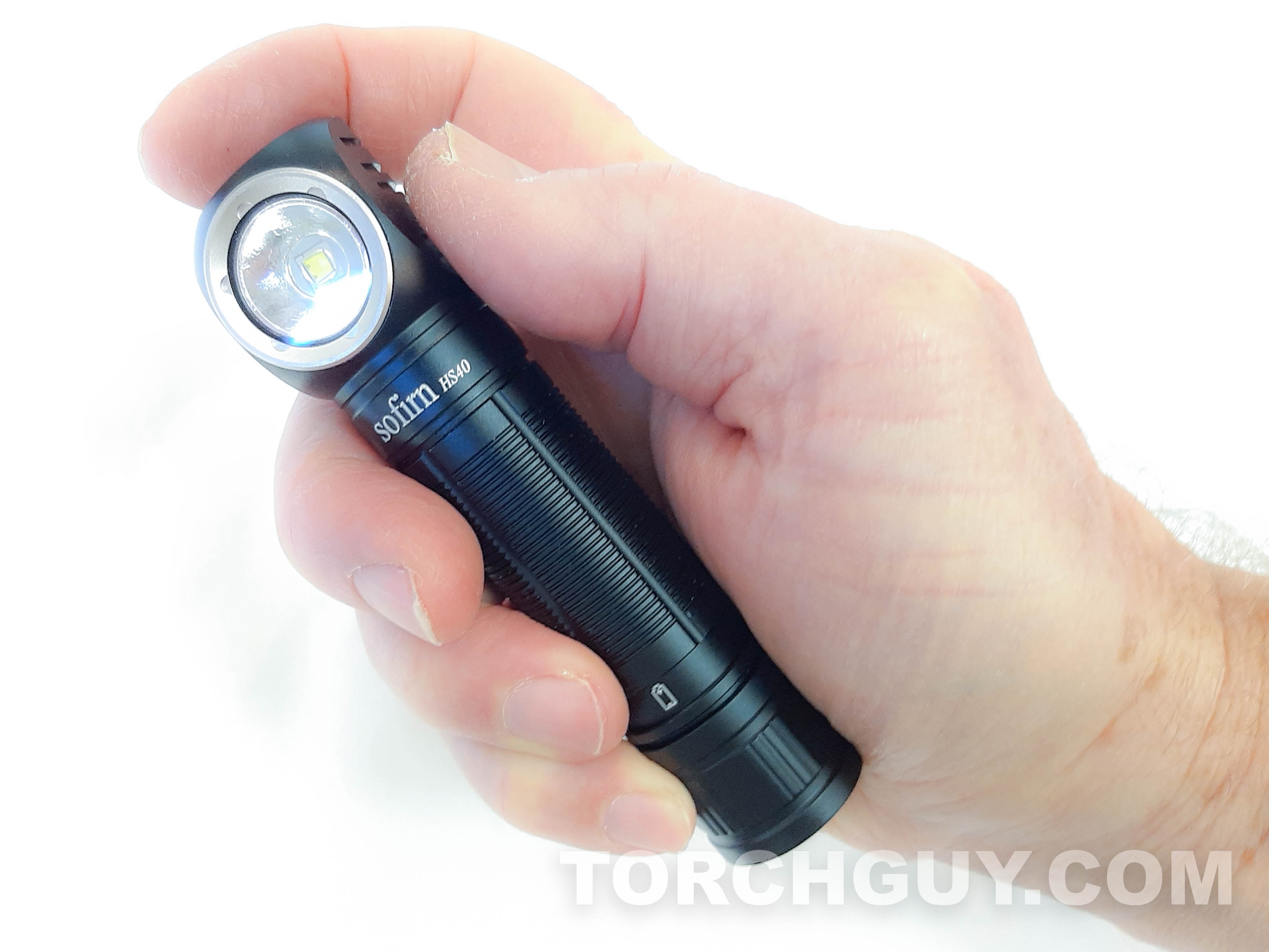 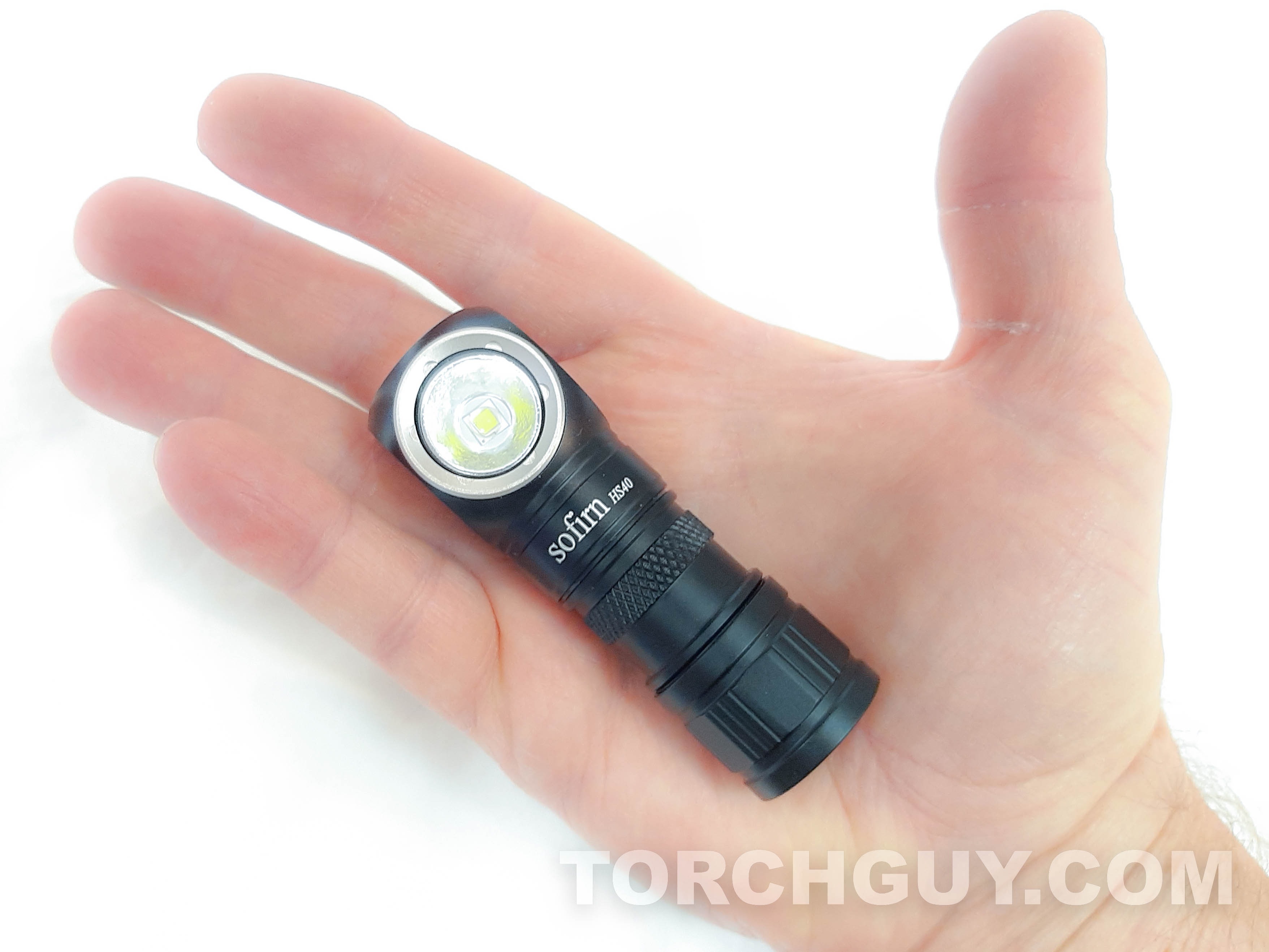 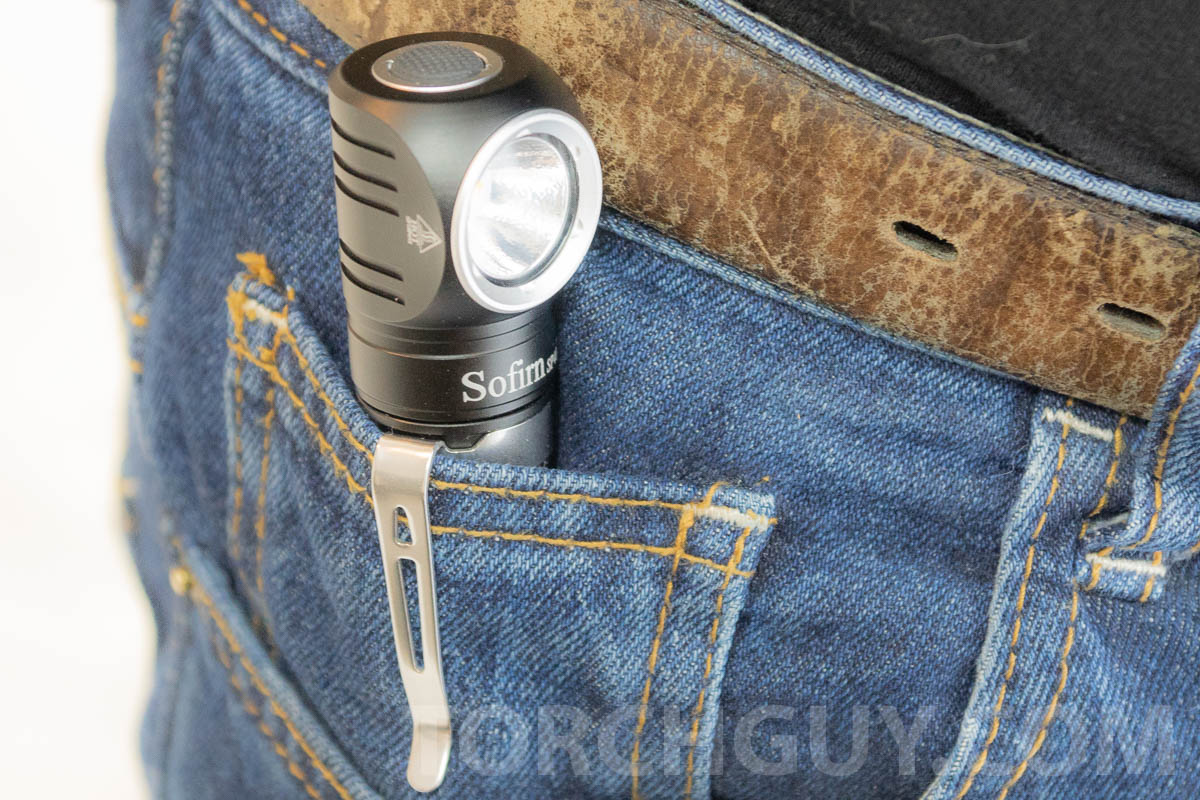 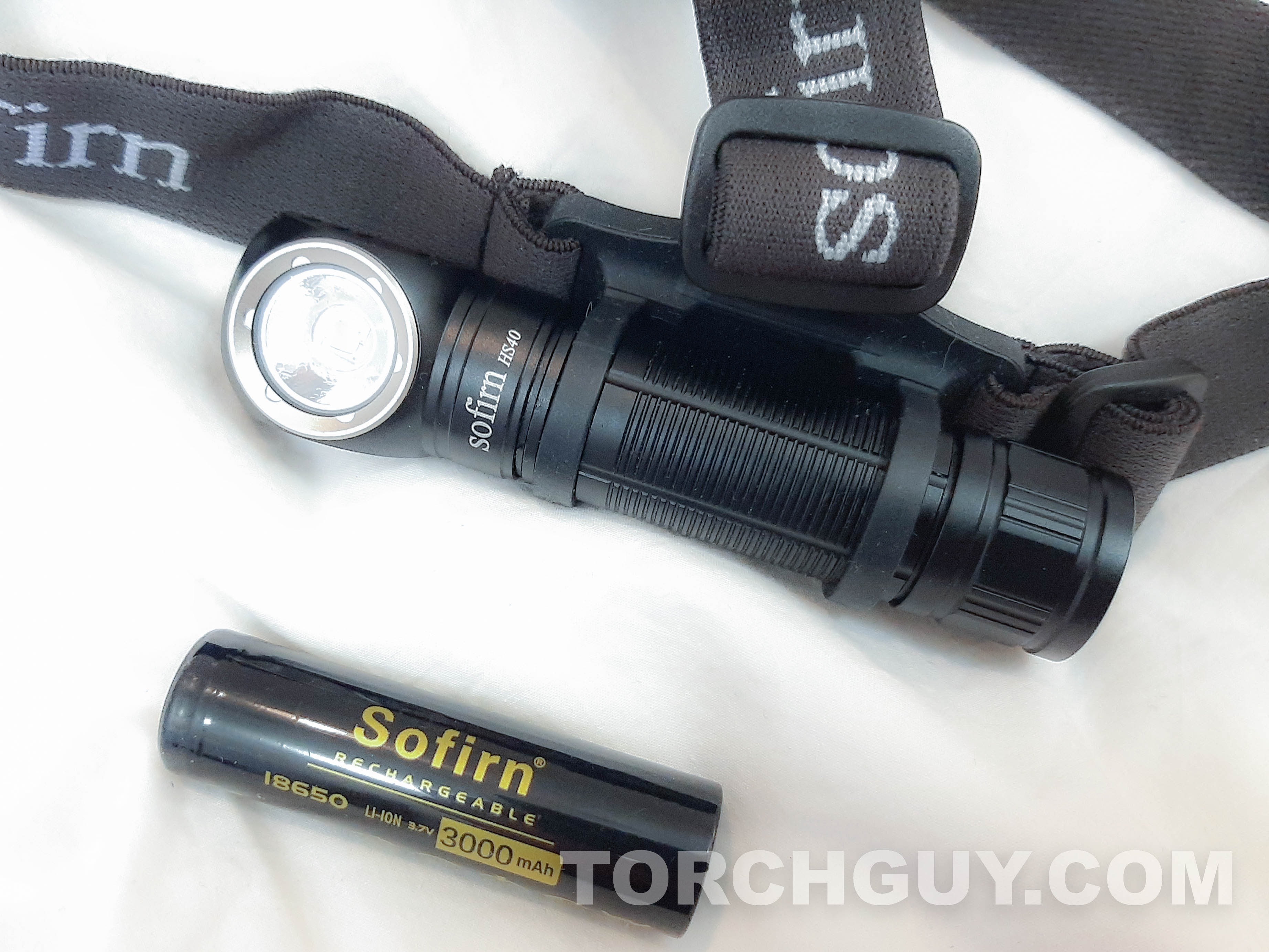 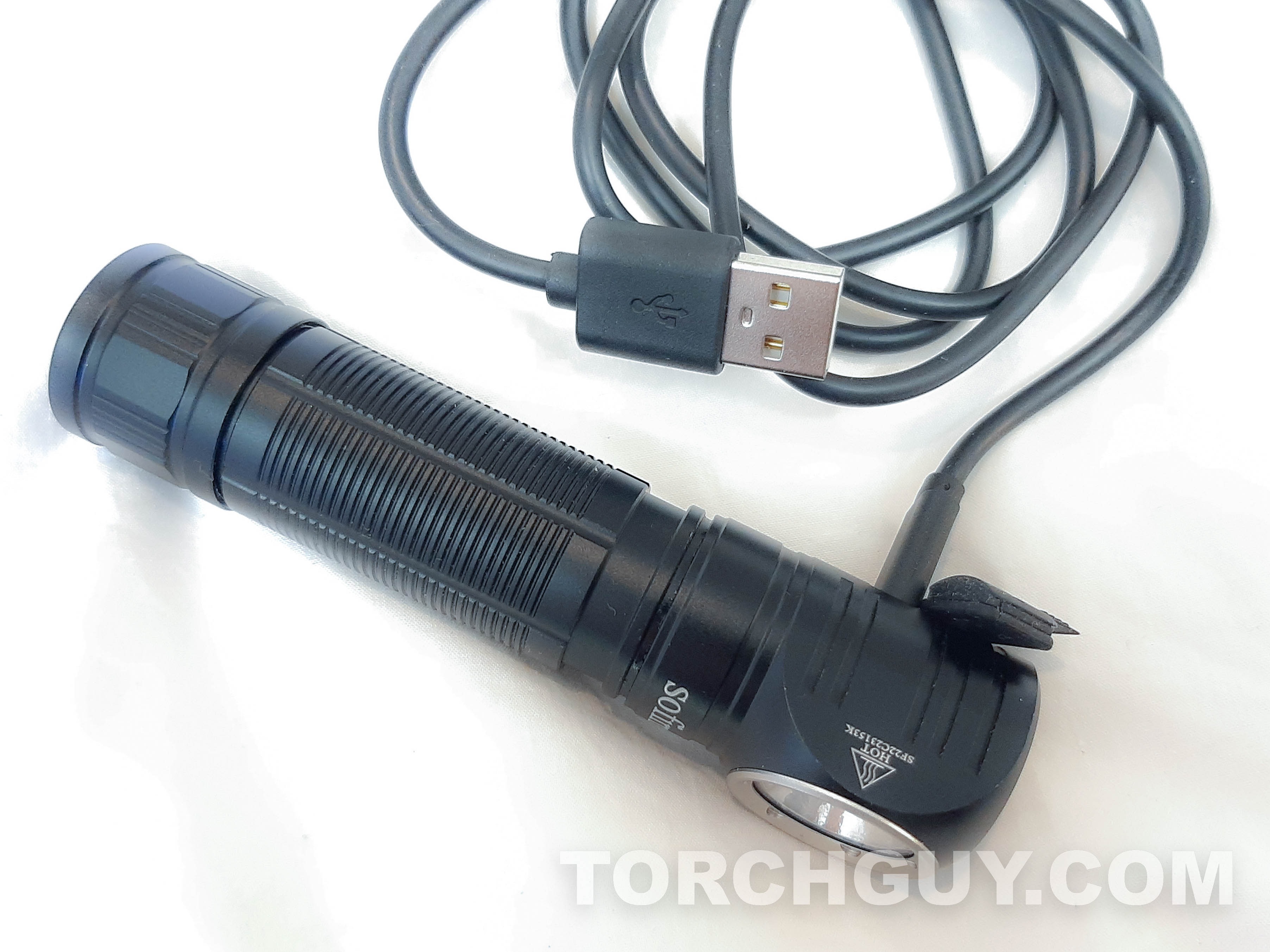 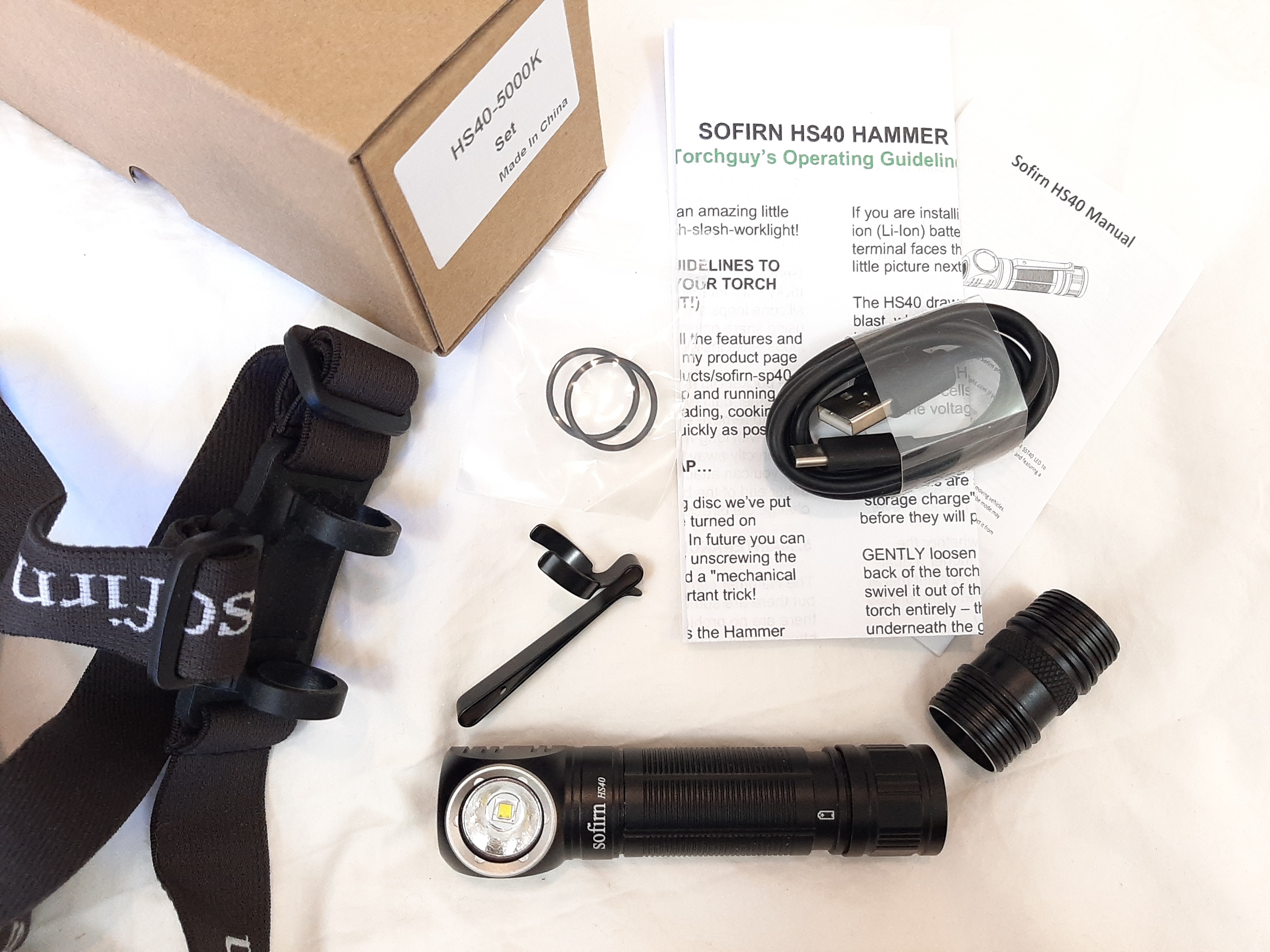 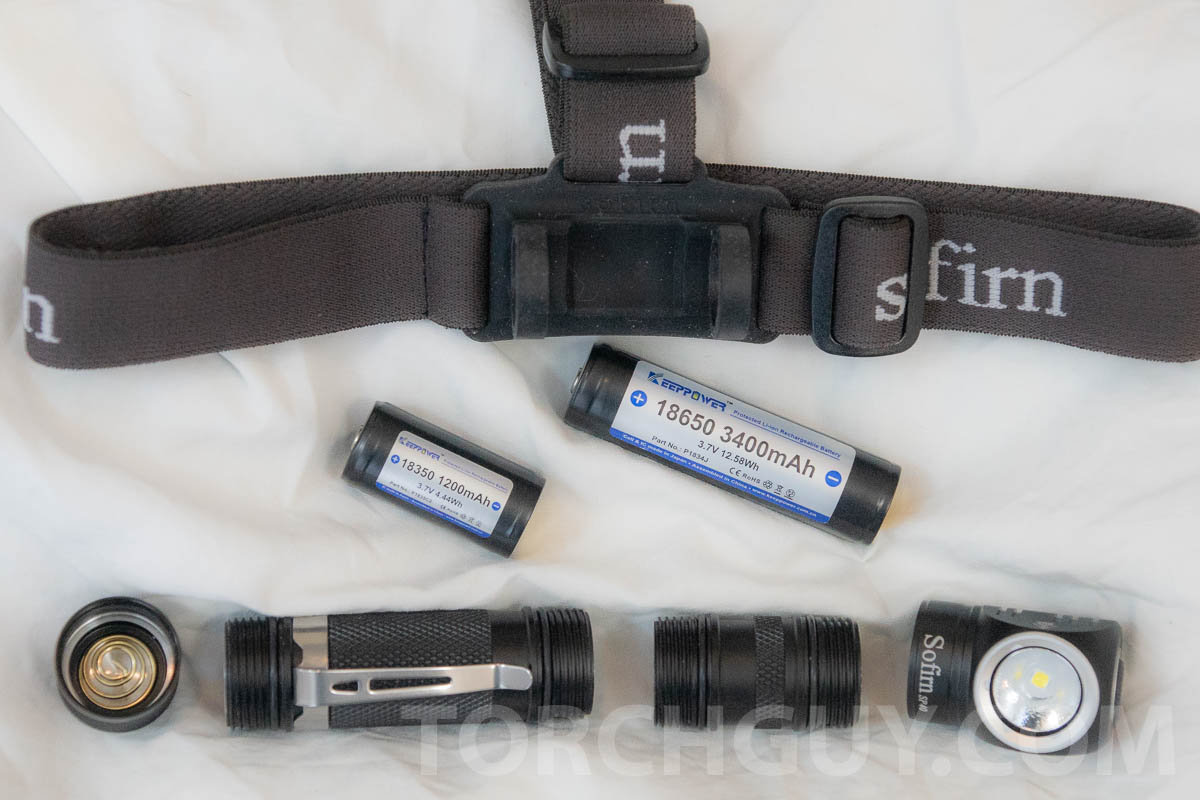 This is the "Swiss Knife" of torches, and easily the most versatile light in my range! It's become hugely popular with all kinds of people from artisans to athletes and cooks to campers, and it's just undergone a major upgrade!!

The Hammer works equally well as a headlamp, pocket torch and work-light, thanks to the combination of a "periscope" head and powerful magnet in the tailcap. In other words it delivers light exactly where you need it – whether it's in your hand, on your head or clamped to a car or a fridge.

The periscope head means the beam shines at right angles to the body of the torch, so it can be worn on your head in the (supplied) high-quality headstrap, clipped into your pocket with the (supplied) two-way pocket clip, or attached to the handlebars of a bike with (the optional) Velcro mounts.

The Hammer is now equipped with Luminus' benchmark SST40 emitter delivering 2,000 lumens of neutral white light on “turbo” with a 175 ANSI metre beam – the width of a rugby field in the real world! On "high" it delivers 800 lumens over 129 ANSI metres (more than 40 real-world metres) for two hours, and on "med" you'll get a steady 300 lumens (more than most camping store headlamps) for eight hours! There's even a 10 lumen "low" and a 1 lumen "moonlight" that will run for weeks!

The new Hammer features a host of other improvements including eight modes, a choice of stepped and step-less ramping, and a USB-C port to charge an industry-standard 18650 lithium-ion (Li-Ion) battery – including 2 amp rapid-charging!

It's a masterclass in compact torch design, with a full-house of features including:

- advanced temperature regulation, which turns the brightness down if the electronics reach 55 degrees, so you don’t need to worry about your torch melting down;

- internal charging (just connect the torch to a standard USB-A port with the supplied cable or use a cellphone charger) and battery status indicator so you know when the battery is charged or needs charging;

- IPX8 waterproof, so you can use it in a rainstorm and wash mud off under a tap as long as you keep your o-rings in good condition (spares are supplied) and the grommet covering the USB port is tightly sealed;

- a top-quality three-way sports headstrap with silicone bracket to hold the light firmly in the gnarliest conditions;

- easy-to-find single-button user interface with mode memory for instant access to all features, whether the torch is on your head or in your hand;

- and that powerful (and useful!) magnet in the tailcap, although you can tail-stand the torch solidly on any flat surface.

But then it gets REALLY interesting!

The gold standard of rechargeable batteries is the 18650 lithium ion (Li-Ion) which weighs around 50 grams – about the same as the torch itself – while an 18350 Li-Ion is half the size and weight, and stores about a third as much energy.

But the Hammer offers you the choice! It’s supplied with two interchangeable battery tubes – one to hold an 18650 and another for an 18350 or 16340, which cuts the weight of the complete light from 110g to 75g, transforming it into a really tiny headlamp or pocket light!!

As a self-defence tool the Hammer can live in your pocket or handbag, so you can use it like a can of pepper-spray to blind an aggressor long enough to "kick-for-goal" or run like hell!

For a beautifully built, powerful and versatile torch like this you'd surely expect to pay north of R2,000? But no, complete with a high-drain rechargeable 18650 Li-Ion, USB charging cable and sports headstrap, the HS40 Hammer is just R1,650 after 10% discount if you pay by EFT into our account (to avoid the fees we're charged if you check-out from this website) – just drop me a line at mark@torchguy.com to take advantage of this offer.